WHAT DO WE STAND FOR ? 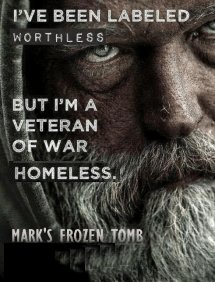 Much like burning down the village to save it.